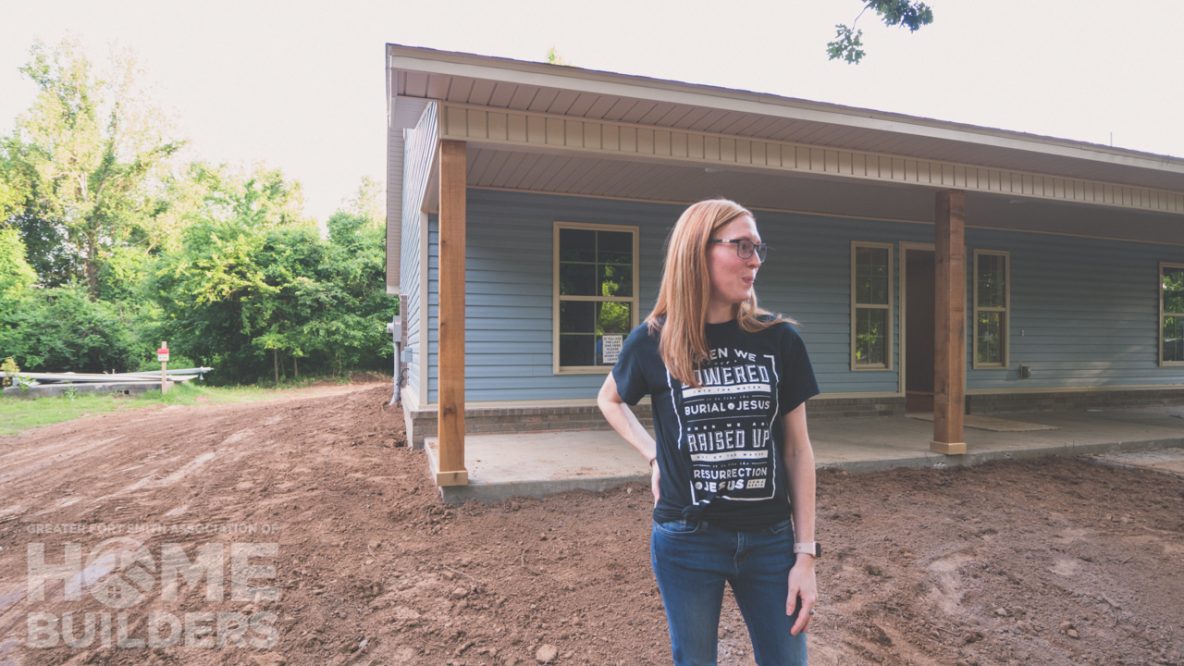 It’s been a year since the Fire Department knocked on Lakia Dale’s home in Fort Smith and told her she should pack a few necessities “enough for a night or two,” as a precaution against the rising waters of the Arkansas River. “They didn’t really expect it to be that bad,” Dale said. So she and her children left for the night. They returned at 8 o’clock the next morning to find the water ankle deep in her home.

To make matters worse, Dale had just put around five thousand dollars into home renovations. While also in the middle of a divorce, Dale and her children had no other option but to stay in a shelter for a few days.

After the initial flooding there was an outpouring of help from the members of the community. Dale said that, “It was very devastating at first just because I had no idea what I was going to do–who I was going to turn to. Then I got hope because there were a lot of people jumping in…”.

“We weren’t expecting the city to take as long as it did to approve the rebuild.”

A camper trailer was donated to Dale and her children to be able to stay close by their ruined home. However, months passed with no word from the city on approval for the rebuild and unfortunately that initial support dwindled. 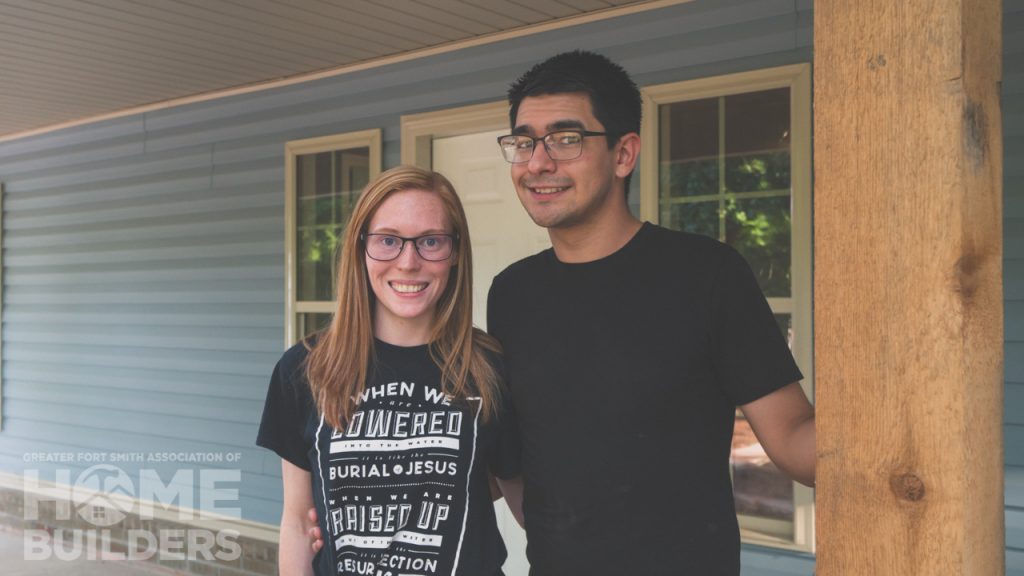 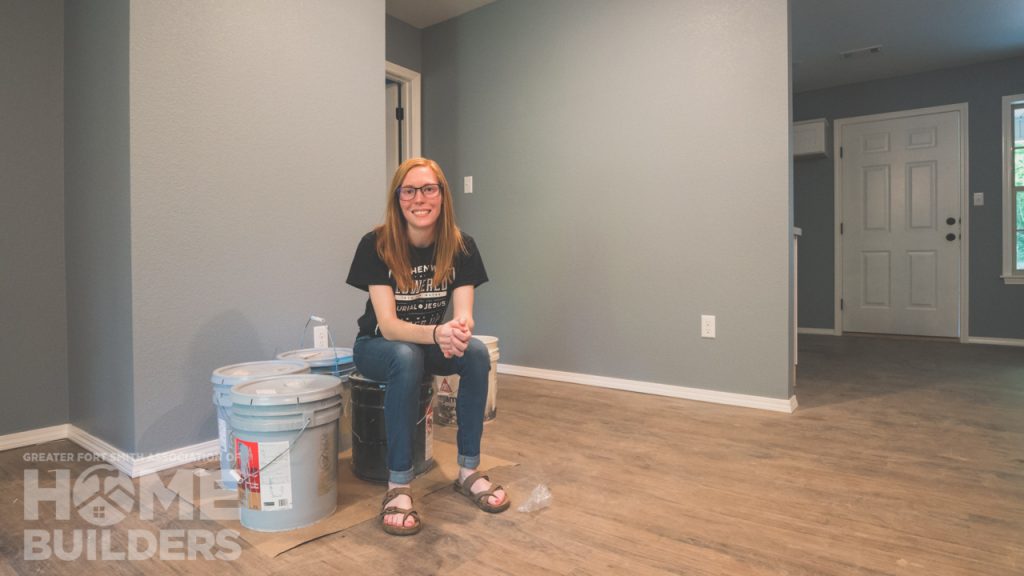 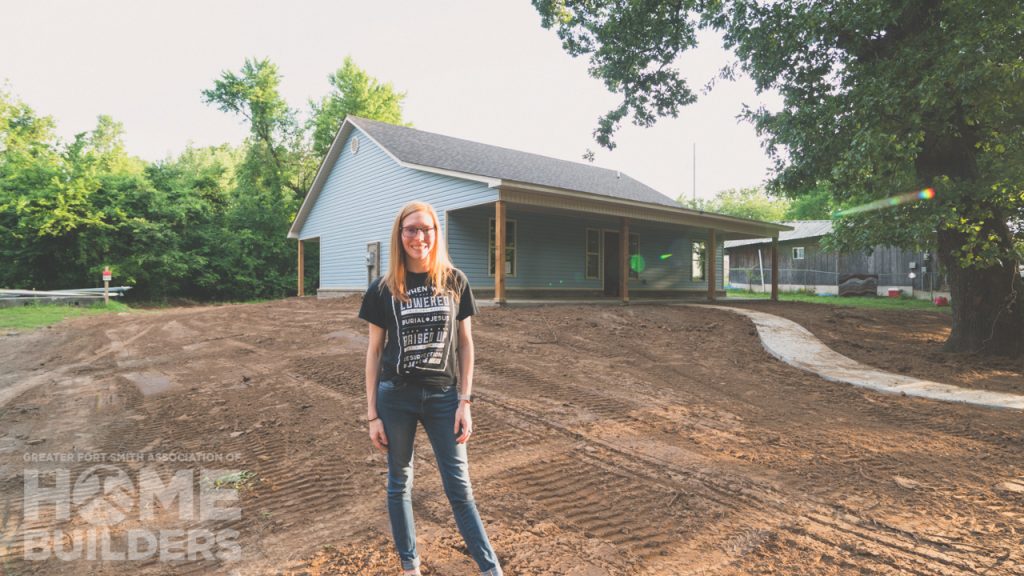 “We weren’t expecting the city to take as long as it did to approve the rebuild,” Dale said. They finally received approval for the rebuild in October of 2019, with a requirement that the new house be built a year from the date of the homes’ flooding in May.

While they had waited for word on the rebuild, Dale and her kids eventually moved from the camper to an apartment. It was a stressful time for Dale as she began to lose hope that they would get to return to the property that’s been in her family for three generations.

“She was the hope that I needed.”

Hope for Dale and her children came in the form of the Greater Fort Smith Association, headed up by the efforts of Executive Director Stephanie Stipins. “She [Stephanie] continued to branch out and continued to get help when we needed help and get our word out when we needed word out….She was the hope that I needed. If we got a ‘no’ somewhere she always had a back up plan of someone we could maybe get a ‘yes’ from or someone that might like to help….I felt lost without her, honestly.”

With help from the Home Builders Association, fundraising started anew, and under a new name: Project Building Hope. In six months the Greater Fort Smith Home Builders, along with Justin Green Homes, fully rebuilt a home where Dale’s once stood.

“If I could build houses and not charge people and help them out and somehow still make a living doing it, I’d do it.”

Despite facing many challenges during the build, like raising the foundation, Supervising Contractor Justin Green says it was worth it, “If I could build houses and not charge people and help them out and somehow still make a living doing it, I’d do it”.

Dale is excited to move back home: to have space for her kids, an extra bathroom, and a yard again. But overall Dale says that she’s excited to be back with her family, especially her mom who lives next door and who is not in the best of health.

To mark the completion of the house there will be a Celebration Picnic June 11th at Dale’s new home. It will be an opportunity to thank volunteers from the community, celebrate new beginnings, and reflect on the friendships forged during hardships.